Flowers in my Garden

No art today, just some photos of some of the flowers in my garden. Most of the annuals haven't come into their own yet but the perennials are doing just fine. 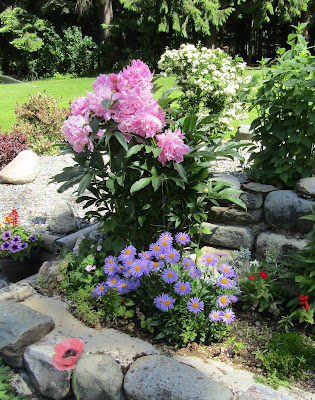 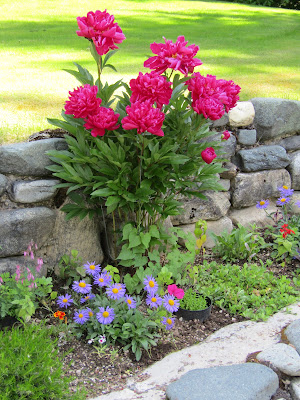 I often wish that many perennials would bloom all season instead of just in the Spring. It would be lovely to have the colour and the scent of Peonies all summer long.

I bought a few Fuchsia at the garden centre this year. I liked the pictures on the info cards in the pots but was still surprised when the plants started to bloom. 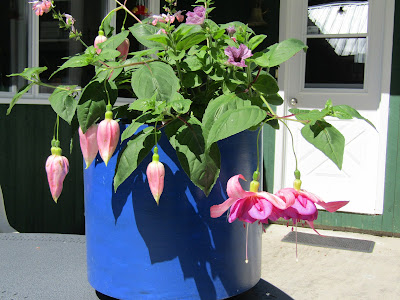 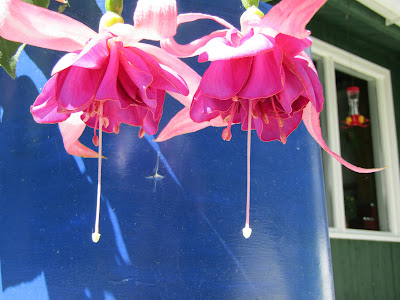 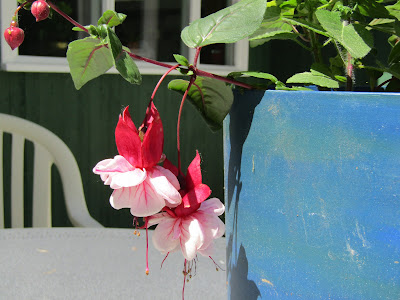 It is hard to tell from photos but the blossoms in the first two pictures are huge - what a surprise that was! You can get an idea by comparing the buds but I just picked the different types because of the colour. 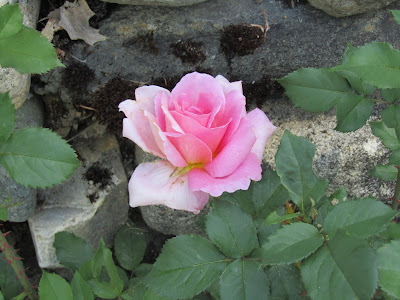 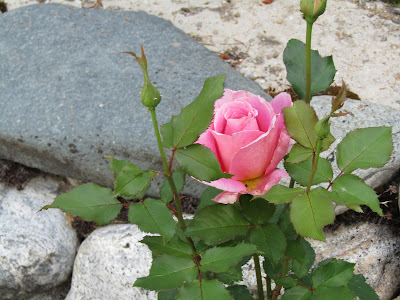 And, finally, a few pictures of the only rose I have left. When we moved here there were four or five roses in the gardens; I have managed to kill all but this one. I guess they just aren't my thing.

They do not know who to attribute this saying to but think it might be from the Roosevelt or Truman eras. It is thought to be a southern US saying but the first 'recorded' use was during the Nixon administration. I know I heard it long before then and it is one of my 'go to' phrases to this day. I use it or think it often: when they change Facebook or the layout at the grocery store, when the product you have used and loved gets 'new and improved' and isn't. I know there are many instances that I think fit this phrase; what are some that fit for you?

Thank you Sheila Delgado for nominating me for the Three Quotes in Three Days challenge. This is day two.

The rules are simple:

As I wrote yesterday, I will not be nominating more bloggers as I just don't know enough that are not already doing the challenge.

It would be great to hear from you - Thanks for stopping by!

Posted by Mellowood Gallery at 11:50