Last week Bob and I traveled north to MacKenzie, BC to visit our daughter and son-in-law. I am pretty much a home-body so the trip was quite a change for me. I feel like we just spent 5 days traveling in the car. 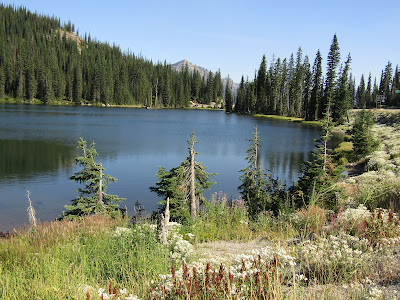 We started by going over the Creston-Salmo pass. There is a lovely little lake at the summit and a little log cabin which I believe is used by skiers and snowshoers in the winter. 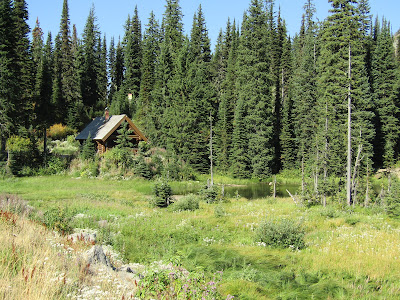 I took well over a hundred photos during our trip - mostly while the car was moving so many didn't turn out. Besides, I don't want this post to be too overloaded with photos. 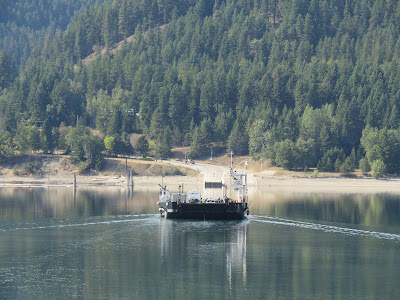 Instead of going the more popular route we decided to go through New Denver then down to the small ferry on the Lower Arrow Lake. 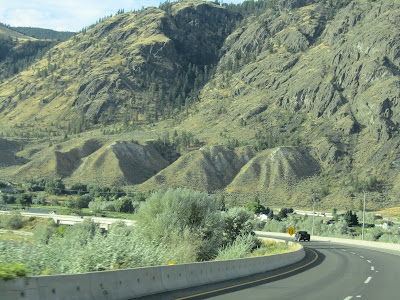 We ended the first day at Kamloops which is in the 'almost' desert part of BC.  The picture above looks very green for some reason when it really should be brown and yellow. 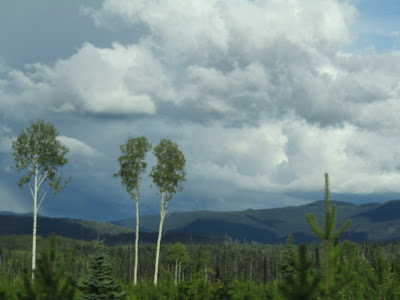 We continued north along the Gold Rush Trail and the farther north we went the stranger the trees. 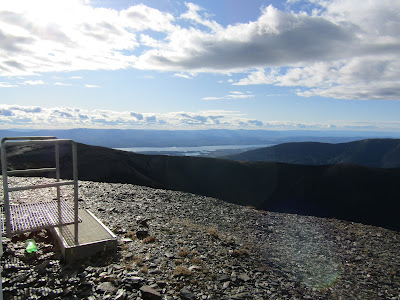 While we were in Mackenzie , the kids took us on some tours of the area. I never remember the names of the mountains or lakes unfortunately but this photo is probably from the highest place around. The road up to the top was narrow, bumpy and very close to steep drops - I had my head turned away for much of the trip. And, once at the top I stayed far away from the edge. 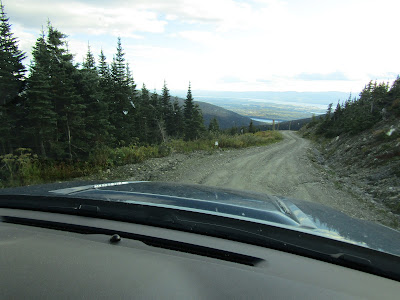 This is the view coming down the mountain. In this photo you might be able to see some tall posts where the road starts to disappear. These mark the edge of the road and, in winter only the top foot or so is visible and the only way up is by snowmobile. 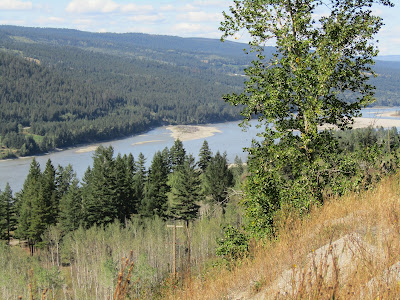 We never found out the names of many of the rivers or lakes that we passed along the way. 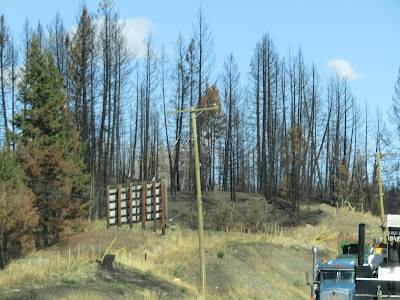 Part of our trip was through areas of BC that had suffered major fires during the summer. We didn't see much of the devastation as most of the fires were not along the highways but over 100 buildings were lost and acres of forest. 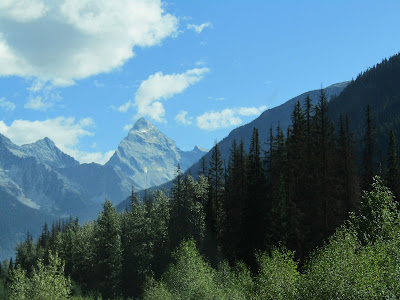 Instead of coming home the same way we went north, we headed east from Kamloops through the Rogers Pass and the Kicking Horse Pass. 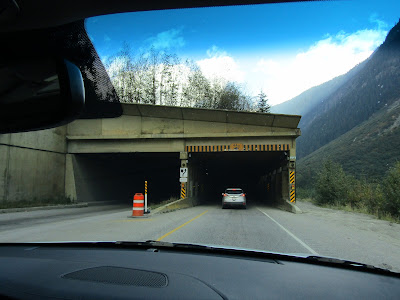 The Rogers Pass has a number of avalanche tunnels which are always interesting. 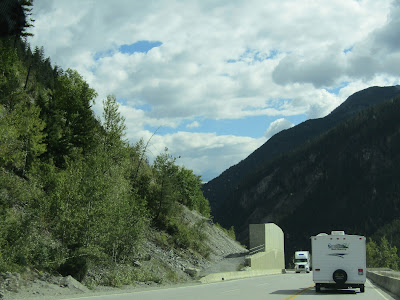 There have been some major changes in the road through the Kicking Horse Pass and we wanted to see them. I can't say that I remember what the road used to be like but there are now some pretty big structures and some impressive through-ways. 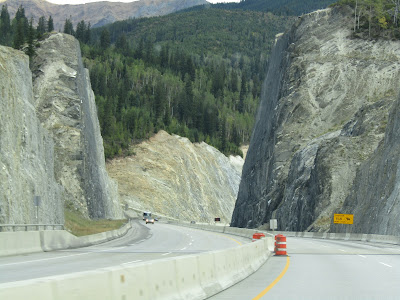 I guess the most impressive structure is the bridge. Unfortunately, I wasn't able to get a really good photo. 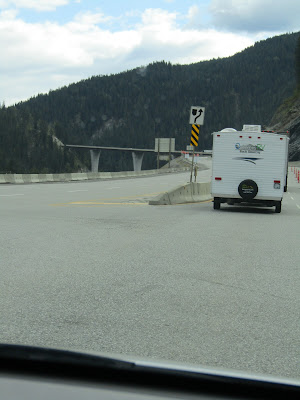 After seeing the changes we turned and headed south to home. After 4 1/2 days of almost constant driving we were both tired and neither of us felt like taking more photos - it is so good to be home!

To end on a really cheerful note - after almost 3 months we have finally had some rain - almost enough to wet the forest and more in the forecast.

Thanks for stopping by.

Posted by Mellowood Gallery at 16:49